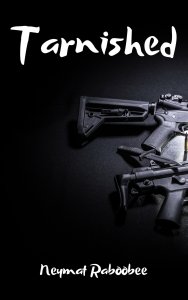 Driving always calmed him down. No matter how bad a condition his bank account was in, he made sure that he had a full tank of gas. Even if it meant he lived on rice and beans for a couple of weeks, he did not let himself run out of fuel. Those days were far behind him now, but he hadn’t forgotten the joy of jumping into his car – his own car – and just driving as far as he could go in the piece of junk.

He’d always turned back, though. Gone back home and tried to make things work, even though he knew it couldn’t fit. He couldn’t fit. It was why he’d left as soon as he had, with his parents’ blessing. They meant nothing harmful by it, they just knew he wasn’t cut out for their world. Too rough, too wild. Too angry.

And so he’d left, with their urging. Had made them proud by enlisting and then prouder when he’d been good at it. Turned out there was a place where being a fighter could be a good thing. Only so much, though. Fight on command, stop on command.

Things had been going good. He’d been feeling good about himself. So, of course, the universe had to kick him in the nuts and teach him a lesson. He drifted after that. Done security work mostly. Been a bouncer for a couple of places. Stopped calling home until they learned not to ask him about what had happened.

He’d been stumbling along like that ever since. It was a good life. The world was full of scared people who’d pay through the nose to have a big guy like him standing between themselves and the bogeyman and he was happy to take their money until he got bored and then move on to the next thing.

This time when the itch came, he couldn’t decide where next and the choice had unexpectedly been taken out of his hands by a demanding little princess. Aabirah wasn’t the same shrinking violet that she’d been when he’d first given her the nickname, it was true, but it had stuck. So Princess she was. It wasn’t like it didn’t fit at all. She lived like royalty and now that her husband had pulled his head out of his ass, he treated her like royalty.

It would be interesting to see them again.

Daeem wasn’t jealous. He wasn’t. He just… wanted some attention from his wife, that was all. The fact that he distracted her every time she seemed to be planning for their guest was just a happy coincidence.

That was his story and he was sticking to it.

Speaking of Aabirah, where had she disappeared to? It was a Sunday, the one day they spent lazing around together but she’d disappeared half an hour ago already.

He stretched his arms up over his head and gave up the plan of sleeping in. He was too awake now for it anyway.

When he found his wife, he was momentarily confused. “Changed your mind about the room?” he asked, reaching out to kiss her.

“Hmm?” Aabirah hummed distractedly, peering at a little notebook. She returned the kiss for a moment then broke it, wrinkling her nose. “Did you brush your teeth yet?”

Daeem had not. “I was expecting to still be asleep. What was wrong with the other room?”

Aabirah was still looking at the book. “Which room?”

“The one you were obsessing over yesterday. Why’d you change your mind?” He put an arm around her waist and read over her shoulder. “Flowers? Soap? I didn’t know Jake was the type to like that kinda thing.” An image of the burly blond with a flower crown on his head flashed behind Daeem’s eyes and he stifled a snort.

Now Aabirah looked confused. “This is for Iman. Jake is in the blue room.”

His wife gave him a disappointed look. “I’ve been talking to you about this for the past week, Daeem. You said you were excited.”

Daeem winced. “Sorry. You sure that was me though? I don’t like candles and flowers either.”

“Sorry,” he said again, in earnest now. He took her face in his hands. “I’m listening now.”

“Iman and Adam are staying here,” Aabirah gestured to the bed. “And Jake’s in the blue room. And you and I are going to be spending some time with them all for the next two weeks. Do you remember promising me no work calls or meetings?”

Yes, Daeem remembered that alright. He remembered the two hour fight it had taken for him to give in to Aabirah about it. It would be a lot easier if Adam were around for him to bend the rules of that agreement – the other man was just as busy as he was.

“No meetings,” he agreed. “No work. Two weeks of Sundays.”

Aabirah finally smiled, and Daeem took his chance, plucking the notebook out of our hand. “If I can’t work then neither can you.”

“Daeem, no, I have to get everything ready!” Aabirah made a grab for the little thing, trying to look annoyed. The corner of her lip twitched though, and Daeem knew she was in the mood to play. He held it higher up, out of her reach.

“Please give me the notebook,” she requested.

He pretended to think. “Nope. Come get it.”

When she finally caught up to him, he was back in bed and it was easy to tug her in with him. She came willingly. “Fine, but you’re helping me later. We’re not making Holly do everything.”

Privately, Daeem thought that the proper solution if Aabirah didn’t want Holly to do things was to hire another member of staff but he was far too comfortable to say so and risk their little cocoon of sloth. “Whatever you say.”

Show of hands, who missed me writing for this series?

8 thoughts on “Fiction: Tarnished Chapter One”