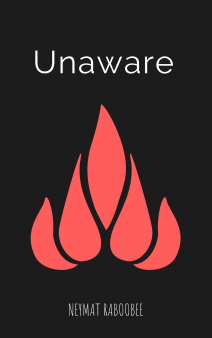 Block out the world.

Block out everything in it and just focus. That was the only way to stay sane.

But it was so loud!

They were screaming loud enough to wake the dead, it felt like.

He shoved a pillow over his face with a groan. It didn’t help.

There was only one thing left to do.

He sighed as he grabbed the headphones that sat on his night-stand, jamming the plastic over his ears. Another night of sleeping uncomfortable and waking up with marks on his face.

“Poor guy, right? Sounds like he had a miserable night. Sounds like you should feel sorry for him and his poor little sleep-deprived soul. Right?

That guy? That’s me.

Do you know what happened after I stuck those headphones over my ears? I slept. I fell asleep within five minutes and slept like a baby for the rest of the night.

I was so annoyed, too. I hated that my sleep was being disturbed. I had a test the next day and it seemed like the height of inconsideration for my parents to not remember that and postpone their fight for another night. I remember thinking that I wished someone would just shut them up.

I was a selfish little brat.

It was silent when I woke up the next morning. I remember noticing and wondering whether my parents had finally made peace with one another. I didn’t think much of it. I thought that maybe they were just getting a late start to the day. They’d been screaming at each other until the earlier hours of the morning, after all.

Little did I know.

I went down the stairs and to the kitchen, wanting to make myself a snack. I was revising my course work as I went, trying to make sure I had all the dates of World War II straight since my History teacher gave us extra credit for being able to quote specifics and I really wanted to get a good grade to make up for my other two not-so-good ones for the semester.

I still remember every single one of those dates.

The way our house was built meant that you could see directly into the lounge from the far side of the kitchen. We had a tall island that worked to seal off the two rooms.

When I was little, the lounge side of the island was my favourite place to hide under when my Mom was in the kitchen because it meant I could talk to her and listen to her working but she could only see me if she came right up to the island and leaned over it.

For obvious reasons, she never liked me sitting there.

I made myself some breakfast and leaned over the island from the kitchen side to put everything – plate, glass and cutlery – down when I noticed a peculiar stain. Like a good son, I went to clean it up but I couldn’t quite reach that far.

I was such an idiot. Even with it staring me right in the face, I didn’t realize.

I was so smug, patting myself on the back for being a good kid that I didn’t even notice.

I didn’t notice my own father’s corpse! Because I was too busy congratulating myself for being a good enough kid to wipe up his dried blood.

He was – he was gone when I got there. I asked them, afterwards, if it had been fast. The lady tried to lie to me but I could see the truth in her eyes.

My dad died on the floor of our lounge, barely a foot away from our land-line and unable to get help.

Because I couldn’t handle a little noise and chose to shut myself out instead of paying attention like I should have.

The young man buried his face in his hands and sobbed. “It’s my fault,” he repeated in a miserable whisper. “It’s all my fault.”

What a waste, Nazneen thought to herself in disgust. Three lives ruined, all because a woman refused to admit she had a problem.

She’d been unfamiliar with the case of the young man currently sobbing in her chair when she’d received his file and she hadn’t bothered to do any research prior to meeting him. She’d wanted to hear what had happened from the source.

Five minutes in to their first session, she’d known that had been a mistake. She’d ended it there and had Zak returned to his guardian so she could find out the true facts. What she’d learned had appalled her.

Her patient was convinced that he was to blame for the deaths of both his father and mother. According to family members, Zak’s mother had been prone to fits of rage, but she’d been easy to cool down. Her loved ones had come to accept the blow ups as just another facet of her personality, albeit an inconvenient one.

Until she’d stabbed her husband to death with a kitchen knife then tried to flee, that was. Nazneen had been almost pleased to hear that the woman had crashed her car soon after she’d fled. She’d actually died of her wounds before her husband succumbed to the ones she’d caused him.

In a few short hours, Zak lost his father, mother and then upon waking the next morning, his mental health.

Nazneen had never given up on a patient before, but it had been six months now and Zak still could not let go of his guilt. She feared he never would.

He’d already repeatedly attempted to end his own life as some twisted sort of penance. How long before he succeeded?

One thought on “Fiction: Unaware”