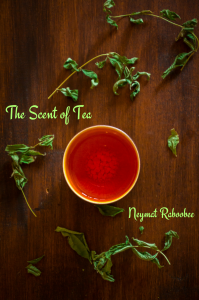 The scent of a perfectly brewed cup of tea surrounded me and I immediately began to smile.

No matter where I was, no matter how sore my heart and tattered my spirit, a good cup of tea always made me feel a little better.

It was our ritual, you see. Every time we saw one another, there was tea. Even on the days when it was blisteringly hot and I couldn’t bear the thought of even a hot meal, there was still tea.

We met over a cup of tea, her and I, and now tea and her have become so intertwined in my mind that every sip results in an outpouring of memories with her at the centre.

I miss her dearly, this woman. I mourn the cups of tea that she will never sit across from me and drink and I resent the fact that none of the countless cups I drink are ever as sweet as those we shared.

By the way I’ve spoken of her you may think we were lovers. But that is not the case. We were sisters.

We met when she was eighteen and I seventeen. She had just finished high school while I was still struggling through my last year.

By some stroke of fate, we had both decided to spend the day at a very popular cafe. I, being an early riser, had gotten there just after it opened and had claimed a table for myself.

She, on the other hand, had arrived after the last seat had been taken. That is, except for the one across from me.

I am not a friendly person by nature and I have never looked approachable in my life – not even as a child. Despite this, she came up to me and asked if she could share my table.

She was so bright not even I could say no.

We spent an entire day in that cafe, leaving only once the staff had begun stacking chairs on tables.

We discovered that we had much in common – a passion for good books, wicked senses of humour and family lives that left much to be desired.

The little cafe that we’d first met in closed not long after but our friendship endured. We found other places to meet and share our days – some nicer than others. It became a game between the two of us to find the best and worst tea being served in town.

Eventually, she even invited me to her home. We had confided so much in one another that she felt brave enough to allow me to see that, knowing that I would not judge her just as she would not judge me by my roots.

Even when she went on to university and I began to feel the stress of my final year of high school, we made time for one another. Those tea times became my safety blanket and I clung to them, craving their routine in a time when everything else was chaos.

Time passed and we grew from girls to women. This was when the trouble started. My family, while dysfunctional, would never have dreamed of trying to marry me off – or perhaps it was that they didn’t believe anyone would want me. Either way, I was spared the indignity of being evaluated like a product.

My sister, however, was beautiful and charismatic. And her parents were the greediest people I have ever had the displeasure of meeting. Not content with controlling their daughter’s career path so they could benefit from her salary, they turned their eyes to the dowry she would fetch.

My poor sister was badgered day and night. Anything that could possible turn a young man off her was attacked until the ‘flaw’ was gone.

Many wonderful men did wish to marry my darling sister but the dowry they offered was never high enough to suit her parents. It was cold comfort that no one malicious managed to satisfy them either.

I saw her withering before my eyes. The constant criticism, the effort of trying to meet the impossible standards she was being held against and the craving she held for a true partner were eating at her. I began to make mad plans, to run far and fast from the suffocating cage we were being held in until we found freedom.

One day, though, a miracle seemed to have occurred. A young, rich man had come to meet my sister. Her family was in such an uproar about it that the gossip had passed through the entire town a full day before he arrived. I knew that my sister would catch this so-called prince’s eye – how could she not?She was beautiful and rich men knew beauty.

I was right, of course. He proposed that night. The miracle, however, was that she seemed to be as captivated by him as he by her.

I will admit to jealousy. I had been the most important person in my sister’s life for the past five years and it stung to have someone else capture her love and attention.

I soon got over this, though. Just seeing the happiness on her face made me love him a little for her sake.

My own home life was deteriorating around me as her happily ever after was being built. I was born into a family that resented being tied together. My parents made a series of bad decisions, starting with choosing to drink like fish and culminating in a pregnancy that brought no one joy.

My father was forced to either marry my mother or be dis-inherited by his wealthy parents and my mother was shunned by her own religious family. Thus was born a very unhappy partnership punctuated by numerous bouts of infidelity on both sides.

Just after my sister’s engagement, my parents announced their divorce. It seemed that my mother had fallen madly in love with her latest fling and had demanded a divorce from my father who resisted, not out of any desire to save their marriage, but simply because he refused to allow her to be the one to end things.

The dubious honour of mediating had fallen on me and despise it though I may have done, I did feel a duty to help.

In all of this chaos, my sister and I rarely had time to ourselves. Tea time had shrunk from chats that lasted hours to five minutes snuck here and there with disposable cups in our hands.

The divorce being finalized did not signal the end to my problems it should have done. It had left me homeless with only a week’s notice and I frantically began to search for both a job and a place to live.

A week before my sister’s wedding, I had finally been allowed to catch my breath. I insisted on spending at least an hour with her and achieved it through a combination of threats, trickery and outright pouting.

We spent a lovely hour talking about everything and nothing. And if she was distant at times, I chalked it up to wedding nerves.

I was heartbreakingly wrong.

My darling sister’s wedding day finally arrived. I had longed to spend the previous night with her, to savour the last moments we would have together. I was prepared to sacrifice the night’s pay and eat sparingly for the week – it would be worth it for the time we had together.

Alas, it was not to be. My sister’s family refused to let me spend the night in their home. This did not surprise me much as they had never taken to me. I did not possess the charm and kindness of my older sister and found it difficult to keep my disdain of them from my face on the occasions that we interacted with one another.

In the end, I had to content myself with arriving at their doorstep an hour after dawn. It did soothe me to imagine the frazzled expressions on their faces as I awoke them from their slumber.

The first indication that something was amiss came as I was walking up to the door. I could hear raised voices from inside – something that rarely occurred in this house. My sister’s family favoured biting sarcasm and pointed comments to the knock-down drag-out fight that seemed to be happening behind the closed doors.

When I was finally allowed inside, I went straight to my sister, concerned beyond words. She was a sensitive soul – the years of harsh treatment had yet to harden her heart against her family and she still craved their approval. I was convinced that I would find her a shattered mess.

Worryingly, this was not the case. Even more worryingly, she refused to tell me what had happened, dismissing it as a misunderstanding.

This was the first time that I realized all was not well with my sister.

It was already far too late.

Instead, I let her slip away.

My sister had always been talented at deception. Such was a necessity with a fractured home life. She used her bright, happy smile to hide a wealth of ugliness. But she had never before been able to fool me. Not until now.

By the time I found out the truth, that the picturesque happily ever after I had been imagining for my beautiful sister was a sham, she was irrevocably changed.

One day, less than a year into my sister’s marriage, I unexpectedly found myself with some free time and chose to visit my sister in her new home. She was alone, as she often was. Her husband was away on business. Later, I would realize with horror that I had never been allowed to see her when her husband was in the house.

We shared a pot of tea, as we always did. At the time, I was still happily oblivious and spent the afternoon chatting about complete nonsense.

My wake up call came after she’d excused herself to take a quick shower. We were still comfortable enough with one another that she simply left me to amuse myself while she got ready for the day.

I barged in on her and…

I saw bruises. I saw scars. I saw a skeletal frame.

I saw my own failure.

Right in front of my eyes, my sister had been suffering, unable to scream for my help.

Even as I stood there, stupid with shock, she began to stammer out excuses. She assured me over and over that she was fine, that things had just got out of hand.

She was so insistent, my beautiful sister. She was determined to save me. But I paid no mind. I had seen but not enough.

I was determined to save my sister and I was still blind to her foul demon husband’s reach. That day, I signed my sister’s death warrant.

That day was the last time I saw my sister. The next day, I had been informed of her death.

I still do not know the true circumstances of my sister’s death. I know now that her husband had heard every word of the plans I made over tea. I do not know if she died from protecting me or simply because the fight to keep her had grown too taxing for his tastes.

The scent of tea was once synonymous with happiness for me. It allowed me to relive happy times with my sister. Now, I live the illusion of that happiness for mere moments before my senses are overwhelmed with the heartache and despair of that day.

Every cup brewed has me mourning my sister anew.

One thought on “Fiction: The Scent of Tea”