The circles under his eyes seemed to be permanent. He could barely even remember what his reflection looked like without them.

How long had it been now, since he’d had a proper night’s sleep? He didn’t know but he was beginning to think he’d never have one again.

He sighed. Even his bones felt tired. He didn’t know how much longer he’d be able to function like this.

But he had no choice – he had to keep going. There was someone depending on him and if he gave up, he wouldn’t just be dooming himself. They’d suffer right alongside him. 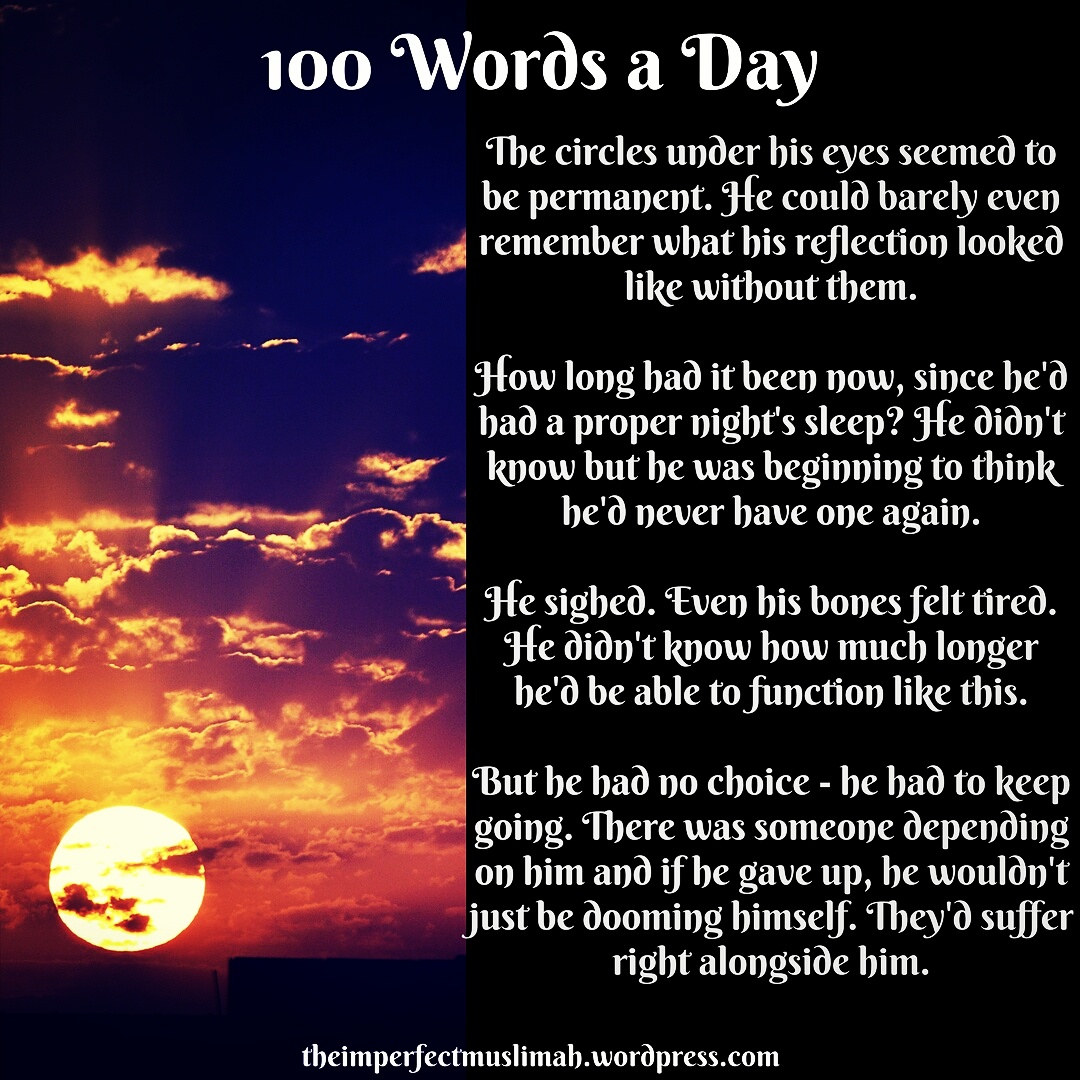