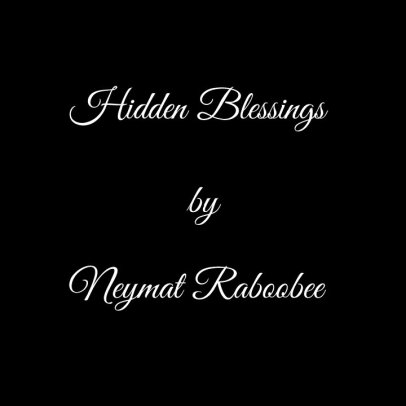 “Faiza! Do you know what time it is? You’re not even ready yet!” Saeedah shouted.

Saeedah was Faiza’s best friend. She was a bit of an excitable person. Saeedah and Faiza had been friends for less than a year but the two girls had become fast friends. This was helped by the fact that Saeedah lived a barely five minute walk away.

Saeedah’s eyes widened comically. “An hour? For everything? It’ll take at least that long to do your hair! And there’s so much else to do!”

Faiza held up a hand. “No way,” she protested. “You know I don’t like to be extravagant. I want a simple style.” She smiled teasingly. “But you’re going to take the next three hours, aren’t you? Have you picked an outfit to wear yet even?”

Saeedah groaned. “No! Don’t remind me! I have it narrowed down to three but I can’t decide. And my hair -. Hey! Don’t distract me!” She crossed her arms huffily. “Don’t you think you should do something a little more extravagant? At least today? Your husband’s going to be seeing you for the first time and you must want to make a good impression?”

“That’s exactly why I want something simple. I want to start as I mean to go on. And I don’t want his first impression of me to be something other than what I am.” Faiza explained.

“Well, you can’t blame me for trying,” Saeedah said jokingly. But then she grew serious. “That’s a beautiful sentiment Fae. Taahir’s a lucky man.”

Faiza blushed, quickly directing the conversation in a different direction. “Did you eat before you rushed over here? Or did you just run out of the house without breakfast like you usually do?”

“What do you think?” Saeedah asked.

“Well, come on then. I can’t let you starve. Pancakes or waffles?”

“Both,” Saeedah said decisively. “It’ll give you longer to distract yourself from your nerves.”

“Oh, is that why?” Faiza asked rolling her eyes. “I’m not nervous. I think it just hasn’t hit me yet, maybe?”

Taahir walked down the stairs and stared around him in amazement. “What on Earth?” he asked quietly. His parents’ home had been transformed. There were vases of flowers and elaborate place settings on several different tables set up strategically in the dining room. He noticed absently that everything was in shades of blue – his favourite colour.

He wandered into the kitchen and immediately spotted his mother amongst the throng of female relatives in the room.

“Mamma, what’s all this? When did you even get the chance to set up?”

Muneerah smiled and patted his cheek. “It’s not every day my son gets married. It’s your nikaah day and I wanted to make sure it was everything you deserved.”

Taahir blushed. “You shouldn’t have gone to so much trouble,” he scolded.

“It made me happy to. Now let me look at you properly.” She ran her arms down her son’s shoulders. “Masha Allah! You look so handsome! May Allah save you from nazar.”

The blush on Taahir’s cheeks deepened. “Mamma!” he complained, staring at his feet.

“I need to get to the mosque. Papa is already there with everyone else and they’re waiting on me,” he said, kissing her on the cheek.

“Wait! Let everyone greet you first.” At this, Taahir was swarmed. Everyone in the room wanted to congratulate the young groom and make dua for his marriage. Ten minutes later, he finally got into the car and was on his way to the mosque.

His stomach turned over as he entered the mosque. I’m getting married. Ya Allah! He stopped in before he could enter the mosque and prayed quietly for a moment, asking Allah to help him find the best in the situation.

“Faiza, come here for a moment,” her mother requested, taking Faiza’s hand and sitting her down. “How are you feeling, baby?” she asked.

“You will make mistakes, Fae. That’s natural. The only important thing is that you do your best and you accept responsibility for your mistakes. Do your best to fix them and try to not make the same mistakes twice. Most importantly, ask Allah (SWT) for help.”

Faiza nodded, unable to speak through the lump in her throat.

Mrs. Amir put a deliberate smile on her face then. “It’s time to go now, Fae. Are you ready?”

“He’s waiting in the car,” Mrs. Amir said. Mr. Amir had stayed in the car after he’d returned from the mosque, not wanting to show Faiza his sadness. By the time the ladies had gotten to the car, he had managed to get control of his emotions and he smiled down at her.

“Mubarak on your nikaah Faiza. May Allah (SWT) grant you everything of the best and may he fill yours and Taahir’s hearts with love and understanding for one another.”

Butterflies swirled in her stomach and her thoughts turned toward Taahir, wondering… She was apprehensive but there was an equally strong part of her that couldn’t wait to meet her groom and finally satisfy her curiosity about what he looked like.

They reached the Mahomed home and Faiza’s new mother in law greeted her warmly, escorting her to the guest bedroom Taahir used while there and assuring her that she would be sending him in to meet her immediately.

Faiza looked around the room curiously. It was neat but there were signs of a person’s presence. Her eyes went immediately towards the bookshelf and in her eagerness, she completely forgot to remove her niqaab.

She was pulled out of her inspection by the door opening and she whirled around.

Under her niqaab, her cheeks burst into flame.

He’s so tall! was her first thought. Taahir was close to six feet in height, much larger than her own 5’4. He was also very handsome with high cheekbones, fair skin and thick, jet black hair.

She realized suddenly that she’d been staring at him and immediately jerked her eyes to the floor.

“As Salaam u Alaikum,” she said quietly when it became clear that he wasn’t going to say anything.

“Wa Alaikum Salaam,” Taahir replied automatically. He stared at the woman in front of him.

She wears niqaab? What was Papa thinking?