Not many people know that I get angry. If you told an acquaintance of mine that I sometimes get so angry that I can barely breathe, they would think you’d made a mistake. That’s because I’ve been refusing to let my anger affect other people ever since I’ve had anger.

I grew up with people who screamed at one another. It’s just the way that it was. But the thing is, it used to make me cry. Up to this day, when I am dealing with confrontation, I feel physically ill.

Now, that’s not to say that I’m perfect and I don’t slip. I have snapped at people and I have had unkind feelings towards other people. It is a huge struggle sometimes to master those feelings.

The only reason that I ever do master them is because I don’t think it’s fair to anyone else to have to deal with my uncontrolled emotions. 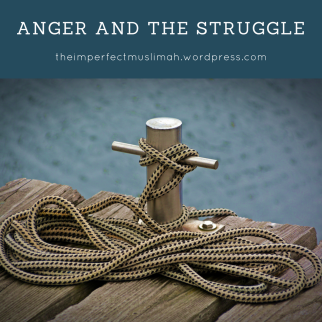 Now, that doesn’t mean that I let people off the hook when they wrong me. If someone has done something to me that I am angry about, I let them know.

But I make sure that I am civil and in control of my own emotions when I do this. It’s the only way for me to make sure that I don’t do or say anything to hurt someone else because I’m angry and I’m feeling vindictive.

One of the strategies that I use to keep myself calm is praying. Praying has always gifted me with a sense of peace and that helps me to control myself. Another is journalling. I know some people meditate and others turn to art.

What are some strategies you use for coping with anger?

3 thoughts on “Anger and the Struggle”